History of the Genesee Symphony Orchestra

Formed as a result of the initiative of three men – Mr. Norman Hall, Mr. Hugh L. Lawing, and Dr. Biagio Mansuetto – the Batavia Civic Orchestra held its first concert at the Dipson Theatre in Batavia NY on November 6, 1947. Under the direction of Mr. Jan Wolanek, the concert was played to a sell-out crowd of 1400 people.

In 1958 the Batavia Civic Orchestra changed its name to the Genesee Symphony Orchestra as more and more residents of Genesee County, outside of the City, became involved.

The Orchestra has had 15 renowned conductors, as well as hundreds of musicians from all walks of life perform on stage.  It has hosted many world-class artists and composers, as well as a multitude of well-known local soloists.

A diversified group, the Genesee Symphony Orchestra continues to bring excellence in music, education and entertainment to the Genesee Region. 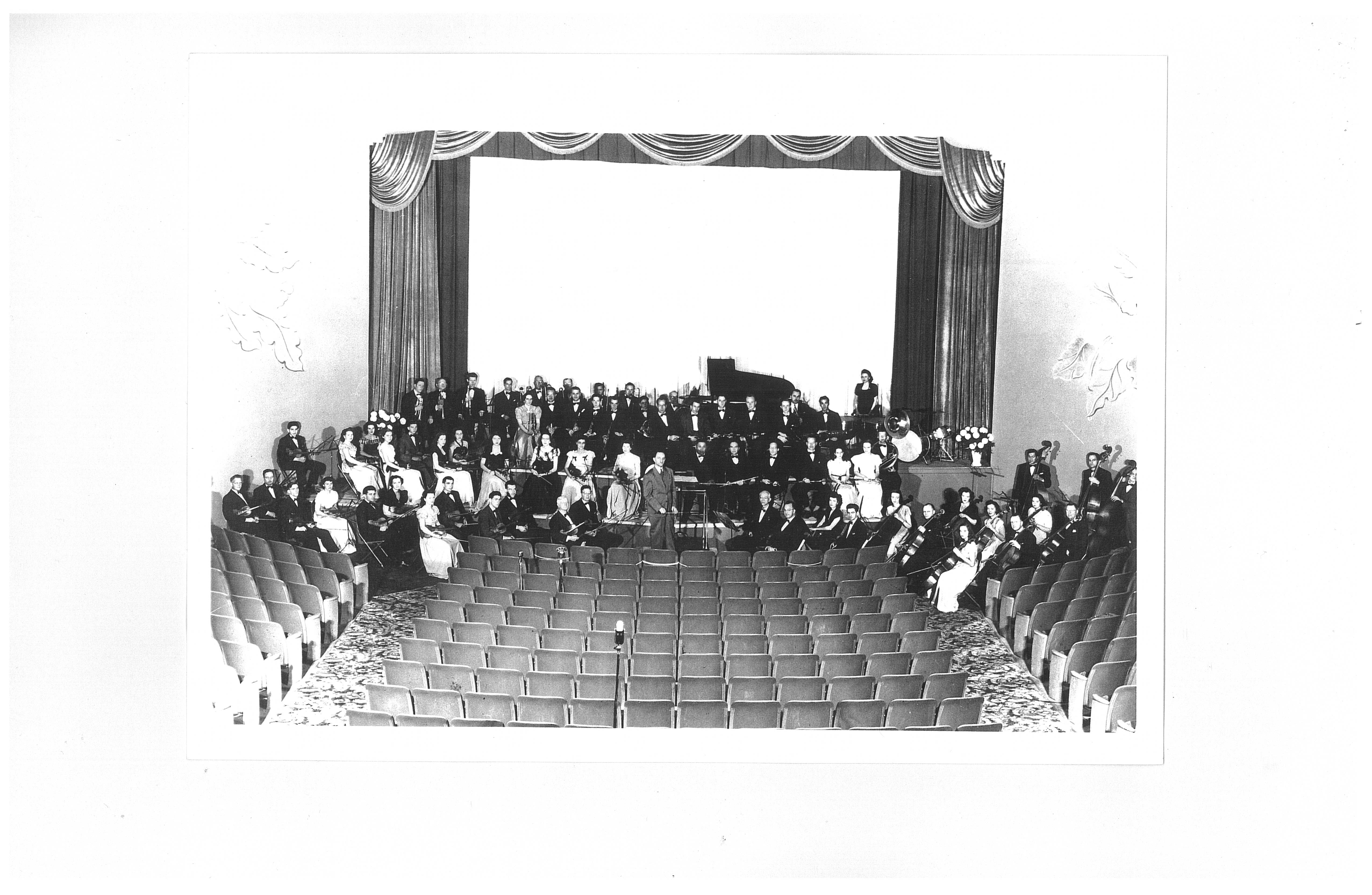 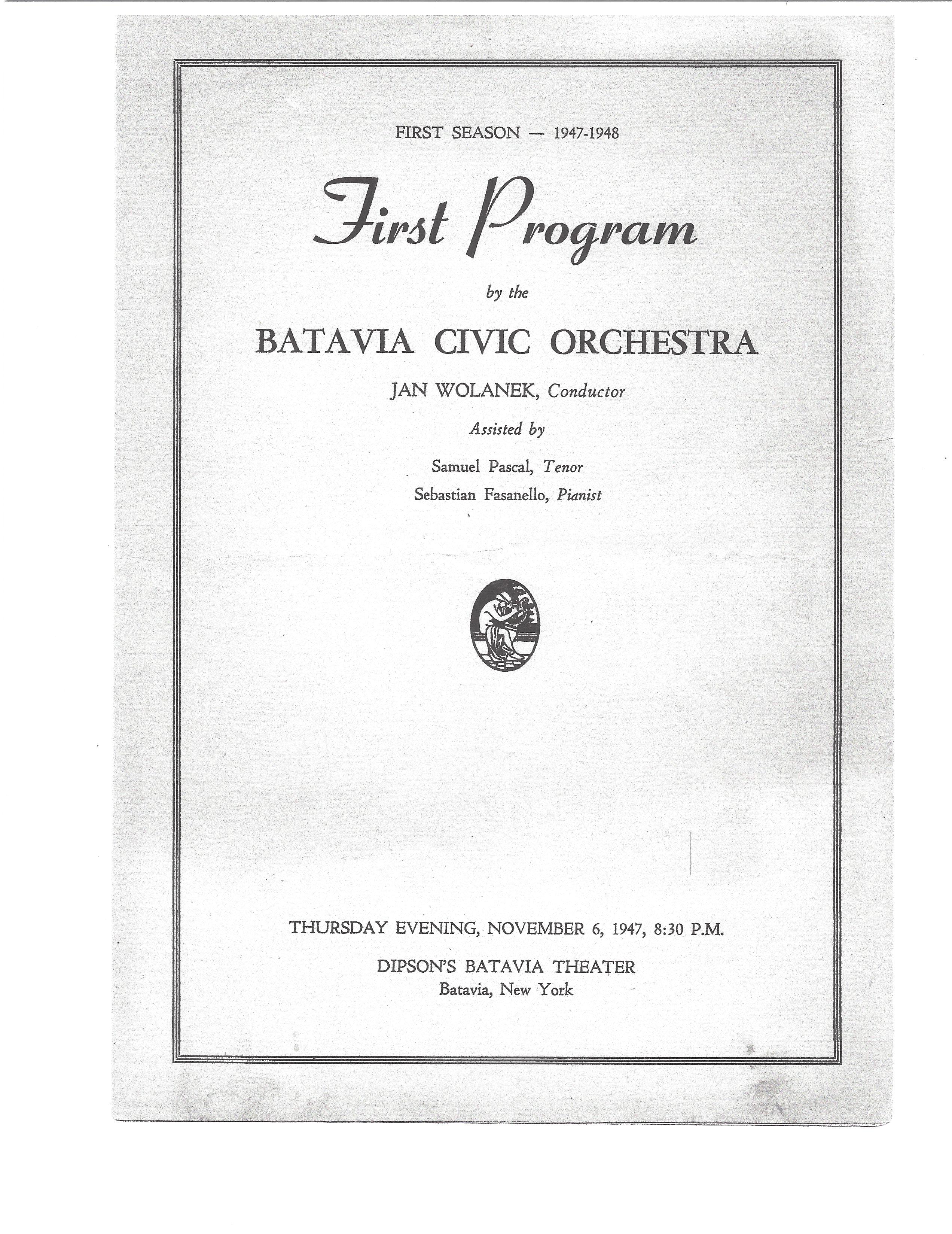 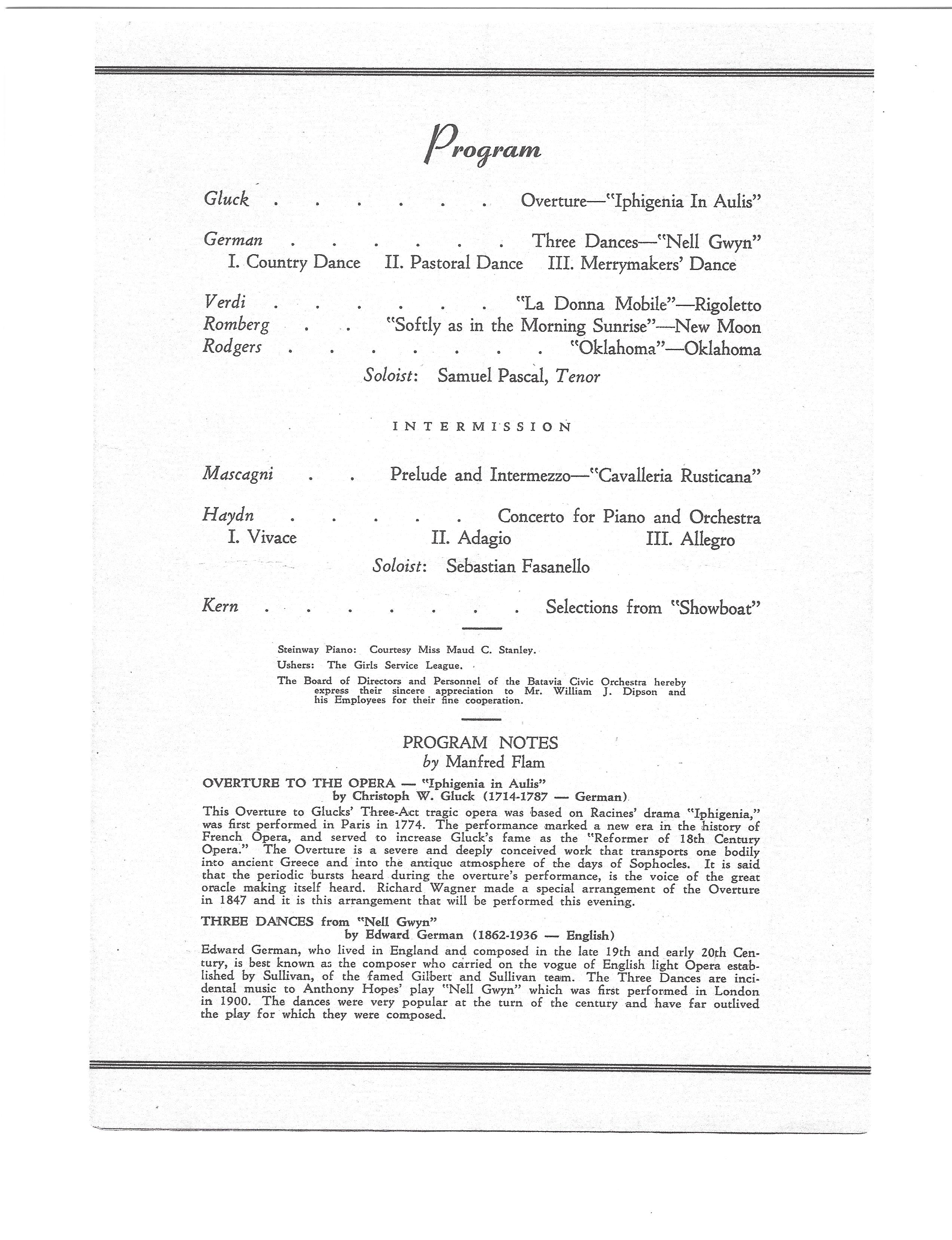 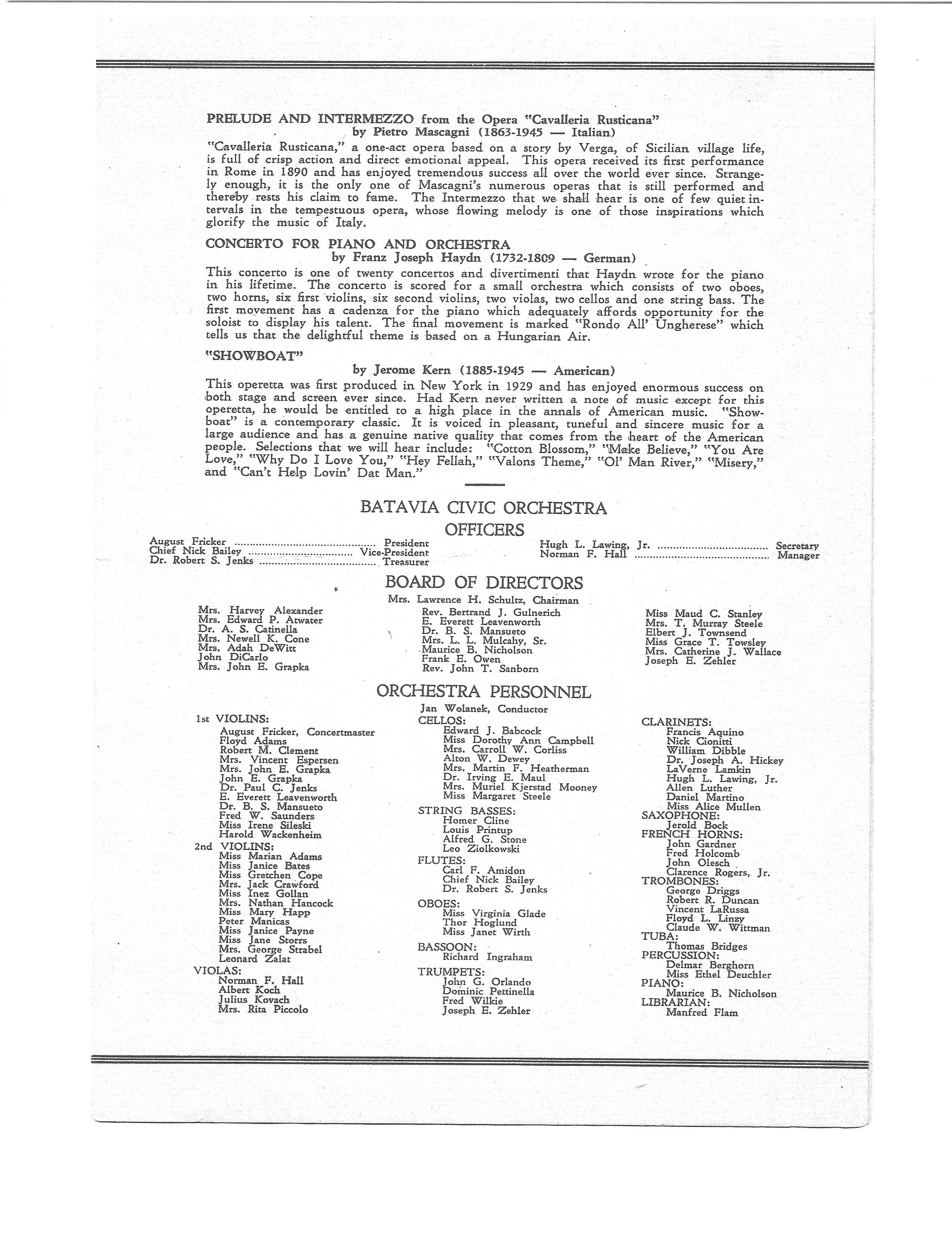 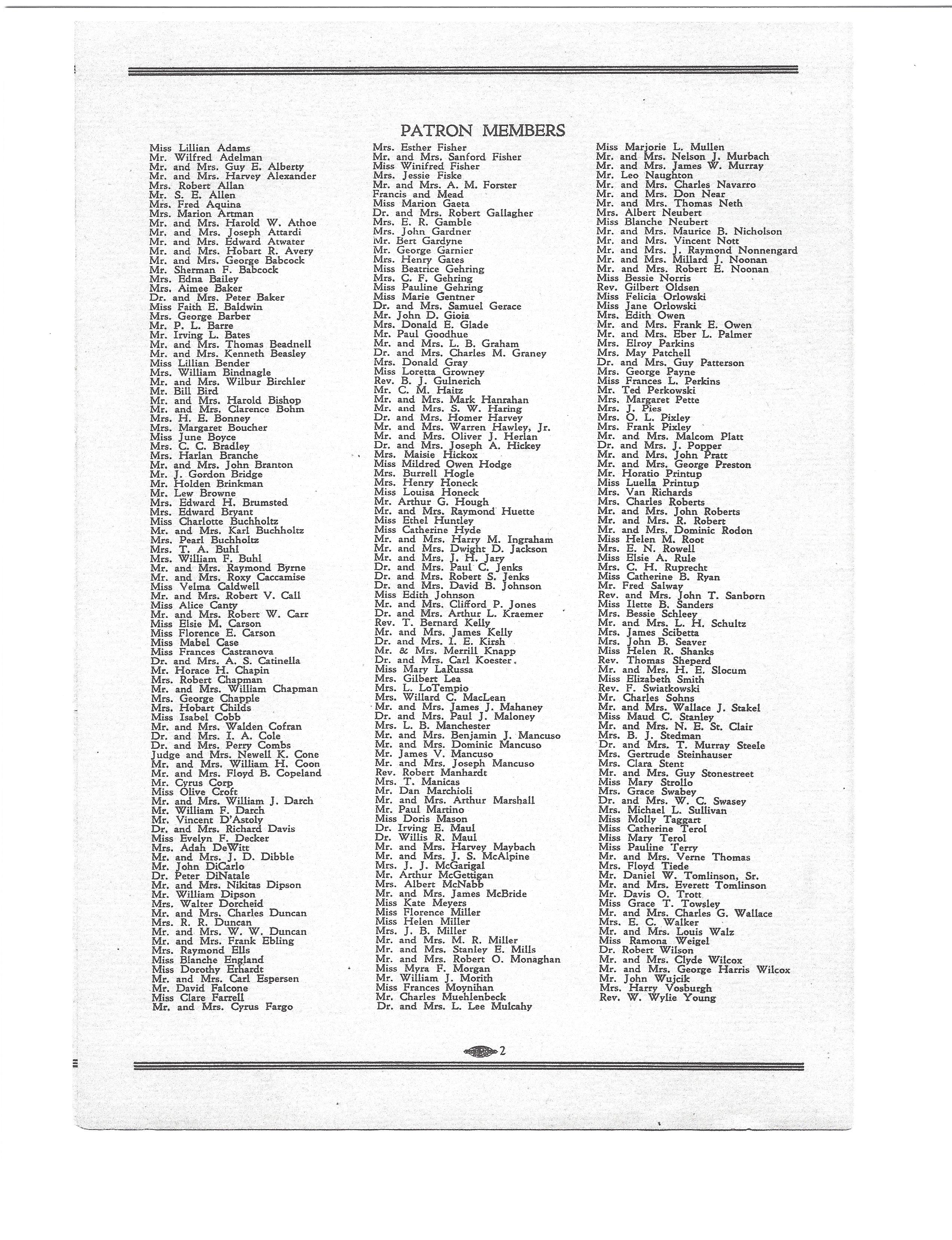