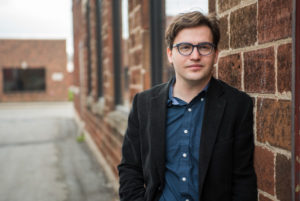 The Genesee Symphony Orchestra is pleased to announce that conductor S. Shade Zajac will become the next Music Director of the GSO, beginning with the 2016-17 season.

As the Genesee Symphony Orchestra’s fourteenth Music Director, Mr. Zajac, currently a freelance conductor, composer and cellist, will succeed Raeffele Ponti, whose tenure began in 1997 and ended with the 2014-15 season.

Find interviews with Mr. Zajac at The Batavian, http://www.thebatavian.com/tags/s-shade-zajac, and the Daily News, http://www.thedailynewsonline.com/bdn01/new-conductor-zajac-will-lead-gso-20160521.